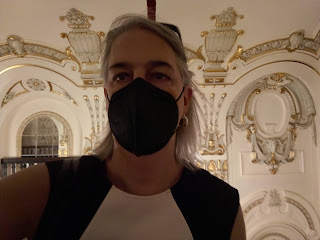 I just finished listening to the seven-part NPR podcast No Compromise, which first aired last fall, and can highly recommend it. It offers a deep dive into the fringey part of the gun rights/white nationalist/evangelicalish Xian far right, painting a rather frightening portrait of a small but influential part of the insurgency those of us who cleave to democracy are up against. (NB: The link is below the image.) 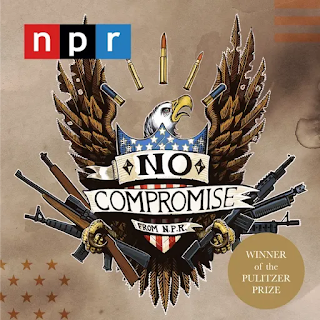 No Compromise podcast
at September 25, 2021 No comments:

Eight months after the former guy vacated 1600 Penn Ave., I'm still feeling a whole lotta stress, and one of my go-to stress relievers remains the music of Fats Waller. This track is one of a few I heard while I was out doing my grocery shopping this afternoon that had me LOLing and talking back to my car's CD player. (NB: The video link is below the image.) 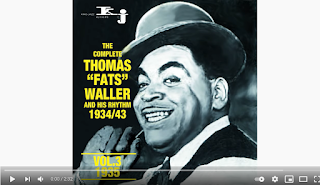 My Wind in the Willows moment this morning:
I glanced down at one point on my walk and saw a charcoal gray mole at my feet. Mole was in the process of hopping from the sidewalk onto the street, so with my shoe and the feather I'd picked up earlier, I tried to usher him back up onto the curb and then the adjacent lawn. Mole evidently had an errand he was intent on completing, however, as he eluded my efforts and skittered out into the street. Perhaps Toad is up to no good again? In any case, I followed Mole across and hurried him, with success, onto the opposite curb and under a drift of fallen leaves. I then wished him well and continued on my way.
at September 20, 2021 No comments:

Facebook post, 9/16/2011:
Just read that the longest footnote ever written was in excess of 150 pages [sic], and appeared in a 19th-century history of Northumberland in England. Now if that doesn't sound like what my sister would call a "page turner," I don't know what does.
Comment:
When I was a practicing scholar, I had the sense that the Victorian-era drive to document stemmed from a widespread cultural anxiety about the baseline coherence of the universe we live in—more precisely, the sense that with the waning influence of the Christian faith, it fell to humanity, and specifically educated, affluent white humanity, to in effect hold the universe together. It was the White Man's Burden, to cite Rudyard Kipling's notorious poem, to try to rule and know everything. Safe to say a 150-page footnote about the northeast English county of Northumberland was an hysterical manifestation of that anxiety. Safe to say also that in the age of multiculturalism and Trumpian alt-reality, that hubristic hope is very much a thing of the past—and good riddance.
at September 16, 2021 No comments:

This page, "Social Laughs," always appears at the top of my Facebook screen in the menu of people's "stories." I'm wondering if there's a "trigger the libs" algorithm that is prompting it to be there. More enragingly, the page link always features a pic of a scantily clad young woman covering her breasts with her hands. That begs an obvious question: is there something "socially" funny about women's bodies, in particular bodies that are placed in socially compromising positions (which I would classify pandering to the male gaze as)? Is "being social" a euphemism for sexual relations that has escaped my notice until now? It also begs the question: why is Facebook peddling soft porn? 🤬

On this 20th anniversary of 9/11, I've been reminiscing about that day. I was living in the Bronx at the time, and was teaching at Queens College, CUNY, that morning. The building where I was teaching was at the western end of the campus, on a slight rise. When one of my students came in at the break and told us what had happened, I cancelled the rest of the class, answered a few student questions, then walked outside and turned to my left. The Manhattan skyline was clear in the distance, and there was an enormous cone-shaped charcoal gray cloud rising from the southern end of the island. On such a crystalline late summer morning, it was a chilling sight.

Thankfully, my ex was starting work later that morning, since her train would have taken her to the WTC station on its way to Brooklyn. Since all the bridges were closed soon after the second plane strike, though, I couldn't get home that day, so I bunked down at her mother's place while she spent that night alone. I sat in front of the TV watching the news coverage all afternoon and evening, in a daze. I couldn't say how many times I saw the shot of the second plane hitting the tower. And in the subsequent years, so much heartache and loss...

Some months back, I recalled hearing that day, and in the days after, about the number of people who leapt from the upper floors of the two towers before they collapsed, and the memory struck me as an apt metaphor for my personal situation at that time. The following poem, to appear in my forthcoming book, came out of it. 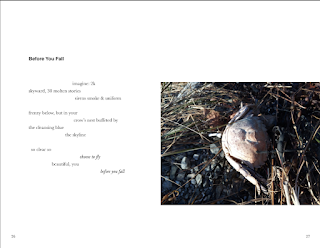 A Maine native but an academic gypsy for much of my adult life, I'm a poet, essayist, and scholar who now lives in western PA. Twitter and Instagram: @staswalker22

Presses and journals of interest

Orgs of interest (consider donating if you can!)